Consent Education is One Part of the Whole

This module will outline what does and doesn’t constitute consent, and give some examples of how to negotiate consent.

Sexual violence is a widespread societal problem and consent education must be part of a holistic effort to challenge myths about sexual violence and address its root causes.

“Instead of being acknowledged as a tool of patriarchy, as a form of social control, as men enacting dominance over women and femmes’ bodies, rape is simplified to any sexual activity gone bad, by anyone.”

Consent is most often thought of as a negotiation between two or more individuals. While sexual violence is often perpetrated by individuals against other individuals, it also exists on a societal level.

Sexual violence is a result of power imbalances that stem from gender inequality and other forms of systemic oppression. When we only talk about consent, we can forget how power, privilege, and oppression lead to sexual violence.

Consent education must be part of a larger effort to end sexual violence.

Our culture is built on the false belief that men are naturally sexually aggressive and that women are docile objects who want to be aggressively pursued and dominated. This belief is sexist and assumes that everyone is heterosexual. It also erases transgender people who don’t identify as a man or a woman and may identify as non-binary, gender non-conforming or something else.

Rape culture teaches and encourages men (and other masculine people) to bond through dominating and objectifying women (and feminine people who don’t identify as women).

Gender norms teach women and femmes to: be passive, polite, and always be ready for sexual activity/to sexually please their partner.

Women, especially Black, Indigenous, Latina, Bisexual and Transgender women, are often reduced to sex objects, robbing them of their individuality and autonomy.

Because of these deeply entrenched ideas and realities, many women and femmes fear that rejecting a sexual advance could result in violence. There are unfortunately many current examples of men attacking or killing women who refuse their advances. 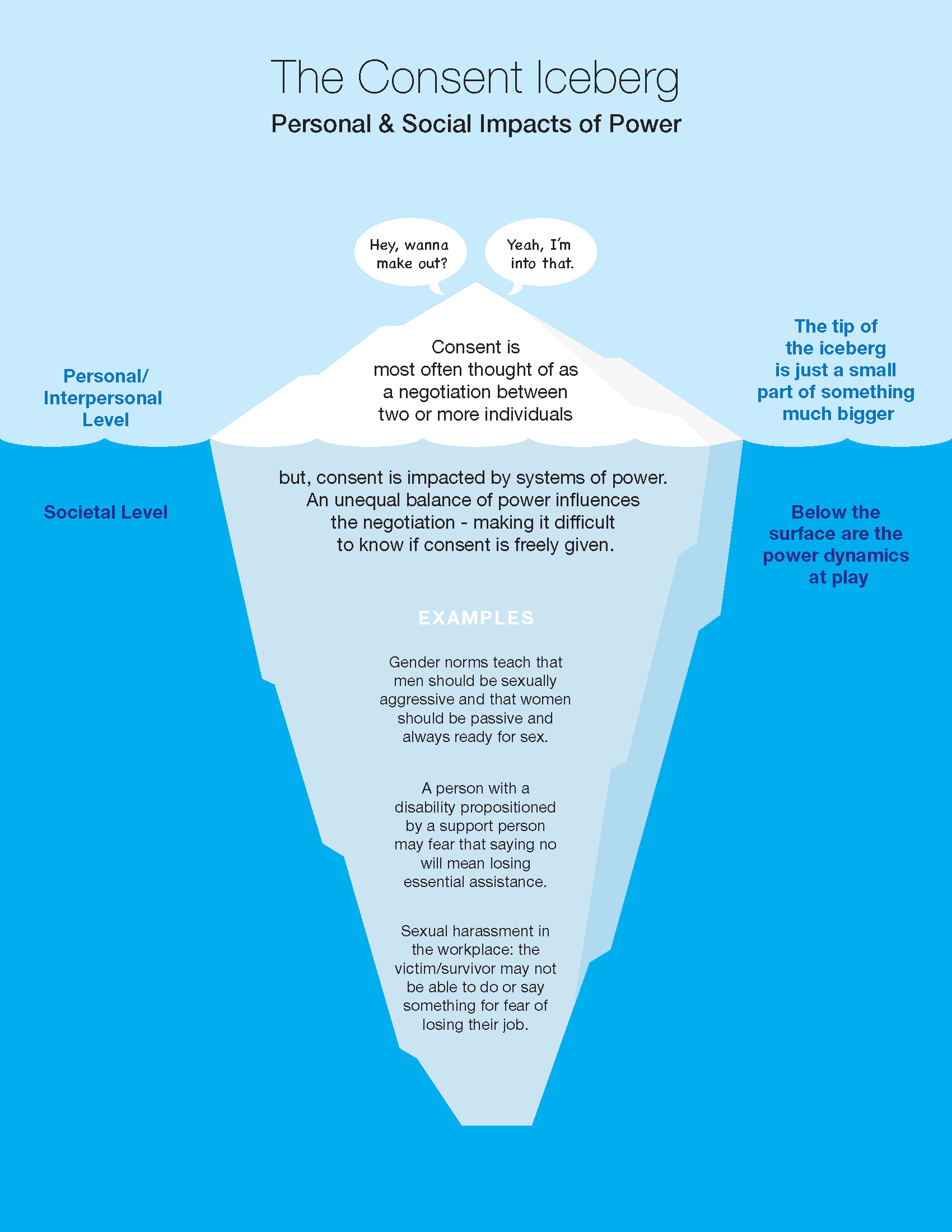 Examples of this can be seen over and over again when: