Consent and Alcohol and Drugs

We Live in a Drinking Culture

We live in a culture where alcohol is central to socializing. There is great pressure to drink and few alcohol-free places for adults to hang out. Alcohol and drugs are often associated with sex. People also use parties, bars and/or clubs to find a hook-up and use substances to feel comfortable doing so.

No matter how drunk or high they are, no one deserves or asks to be sexually violated.

When in doubt, don’t initiate or continue, and instead ask again when all involved are sober.

It is better to play it safe than to risk violating someone. 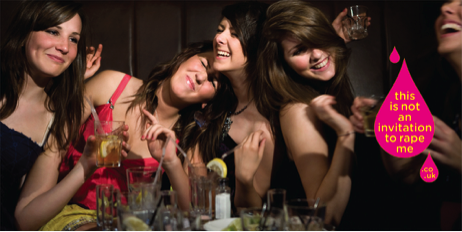 A double standard is when a rule is unfairly applied to different people or groups.  For example, if a woman was drinking at the time she was raped, she is often blamed, whereas if a man was drinking when he perpetrated sexual violence, his intoxication is often used to excuse his behaviour.  Being drunk or high does not excuse perpetrating sexual violence. Nothing does.

Laws and… Doing the Right Thing

Just because something may or may not be legal does not mean it is moral or right. Ensuring another’s safety, well-being, comfort, and enjoyment is just as important as not breaking the law.

Negotiating consent is best done sober. It is better to play it safe than to risk violating someone.

We know however that people engage in sexual activity when they are drinking or doing drugs, and that people who live with addiction also hook up/have sex. Taking a harm reduction approach to substance use and sex means acknowledging this reality, and reminding those who do engage in sexual activity while under the influence about the non-negotiable pillars of consent.

When in doubt, don’t initiate or continue, and instead, ask again when all involved are sober.

If one or all parties have been drinking or doing drugs, consent must still be:

If someone has been drinking and is slurring their words or having difficulty standing or walking (when they usually don’t), are throwing up, moving in and out of consciousness, or anything else that might indicate that they are intoxicated/incapacitated the priority should be making sure that they are hydrated/fed, are with or get to someone who they trust who can care for them, get home safely, or get medical attention.

Keep the above principles in mind as you watch this video:

When in doubt, don’t initiate or continue.

When in doubt, don’t initiate or continue, and instead ask again when all involved are sober. It is better to play it safe than to risk violating someone.  People can have consensual sex after they have been drinking or doing drugs, however, these substances impede clear communication and make it challenging.  As with sober consent it is crucial that a person pay attention to, and ask, how the other(s) is/are doing throughout a sexual encounter.